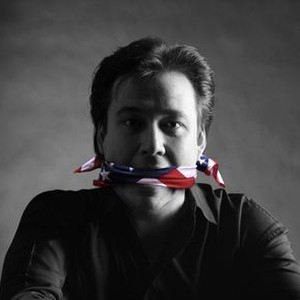 Rewatching one of Bill Hicks stand up specials, and this documentary about his life, he truly was ahead of his time. In the early nineties, Hicks was diagnosed with cancer shortly after he decided to clean himself up, coming off alcohol. If you learn more about Bill Hicks, you wonder what could have been. Using a personal photo-animated technique, it is narrated by ten people who knew Bill best.

This documentary is deep, sad, fun, and fascinating. It took 3 years to compile all the material for this documentary. When co-director Matt Harlock gained the confidence of Bill Hicks’s family, he was given access to 1300 photos and lots of unseen footage. Awards won include The Dallas Film Festivals Texas Filmmaker Award, The Oxford American’s Best Southern Film Award, and Best Documentary at the Downtown LA Film Festival.

Everyone has a type of favourite comedian. Bill Hicks perfectly embodies what I enjoy in stand-up. This documentary is more than a collection of comedy bits. Hicks lived what he said. And what he lived is full of interesting stories and the reality of his influence on everyone he connected with. The ending is what you could assume from his death. I recommend this documentary to all fans of stand up comedy and social/political commentary.

Bill Hicks had built up a large and very loving fan base in his adopted home of the UK before his sad and early departure. One of life’s many contradictions is that the country that spawned a genius also spurned him, most notably David Letterman scrapping his final (of many) appearances on the late show. Bill felt it was a mere biological coincidence (listen to his routines) that he happened to be a Texan, and this comedian and social commentator belonged to the whole world rather than just two countries on either side of the Atlantic. He belonged to the whole world in my opinion because he had such a relevant and timeless message, that fuelled every polemic routine. I’ve been a fan of Hicks since I was 18 years old, making many of the discoveries this guy had made at the same age. For anyone who regards themselves alive enough to cherish self awareness and to contemplate questions such as why do the good guys die and the twisted little men thrive in their place, tune into Hicks (not Fox News). Fitting given his fan base that this documentary was made with love by two British directors. As I said, I consider myself a huge fan, but this film shed light on an already big star, especially his formative years and relationships with his friends and family. ‘American’ is a journey, a ride, and one you’ll be very glad you came along on. – crazy-bananas (IMDB – 9/10)

One thought on “American: The Bill Hicks Story, a documentary review”