A poem written by: Lee Sonogan 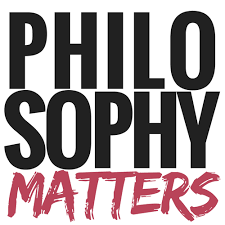 There are four ways you are able to think,

Or a combination of two or more,

Ideology and theory may sink,

Many thoughts on many different subjects in modern times,

Some dangerous in some people’s hands,

Philosophy can be positive or dangerous to justify anyones crimes.

The study of the fundamental nature of all reality,

It studies questions that cannot be answered yet by determining its existence,

Does scientific observation and experimentation have a 100 percent guarantee?

Properties in space and time,

Using cause and effect to determine logical possibility,

What is real and what is the prime?

A lot still remains unknown in its probability.

Epistemology is the study of knowledge,

With logic being a subdivision,

Knowledge is interrelated by logic and decision.

The distinction between justified belief and opinion,

In axiology nothing is given,

Ethics deal with the theoretical study of moral valuation that rises in a slope.

Axiology is a philosophy that studies value,

It addresses ethics and aesthetics,

The study of action and values,

Value is also determined by individual tastes, cultures and more,

Knowledge such as value theory and meta-ethics are used,

Aesthetics is the value of beauty at its core,

Logic is a combination of all three previously mentioned,

A balance of all fields is needed,

With one missing you could be tensioned,

All branches of philosophy sometimes need to be seeded.

There is many ways of forming arguments and reasoning,

Sich as historically or geographically,

Seeing through the eyes of philosophy is awakening,

One thought on “The Fields of Philosophy”