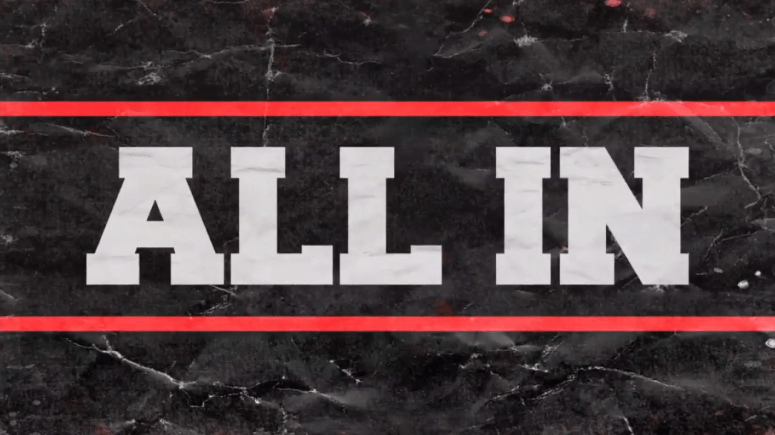 Ten days ago I watched ALL IN Live online. It has to be one of the best wrestling shows all this year. Normally watching highlights I watched this whole show. I agree with everything MoshFish has said in this shared content. Each part of the show was book in a interesting way. For the rest of this post I will attempt to rate the show from the matches to the overall show.

Matchcard for ALL IN:

What started as an offhand remark has developed into the largest independent pro-wrestling event in history. Where Dave Meltzer saw an impossibility, Cody and the Young Bucks saw a challenge, and a 30-minute legitimate sellout of the Sears Center outside Chicacgo, Illinois has set the stage for ALL IN. A love letter to independent professional […]

via Wrestling Review: ALL IN (2018) — MoshFish Reviews