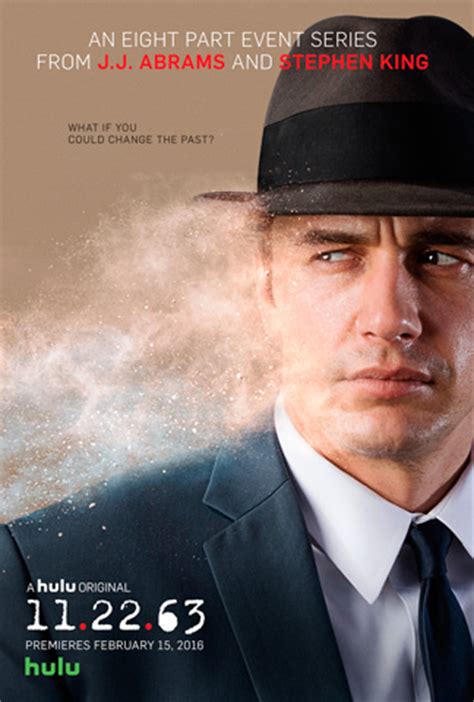 The mini-series is based on Stephen King’s book 11/22/63. This series is about a high school teacher who travels back in time to prevent John F. Kennedy’s assassination. Would you go back in time if there was a chance to create a positive outcome in the present? Being also a thriller, the past fights back in this story. This series lead acting role was played by James Franco. Production of the series and musical soundtrack are set to the fifties and sixties and is presented very well in all scenes and moments. The cinematography and detail of this show are worth mentioning and praising at the beginning of this review.

The show has garnered positive reviews from most critics. Jack Moore of GQ commented that “the show is moody and supernatural, while somehow also remaining grounded and full of heart,”. It currently has a rating of 8.2 on IMDB and Hank Stuever of The Washington Post wrote that “King’s work doesn’t always happily travel through the portal connecting the page to the TV screen, but Hulu scores with an impressively stout-hearted, eight-part adaptation of 11/22/63,”. If I were to compare this show to a different show and I am, it would be to the other great Hulu original release show called The Man in the High Castle.

On April 26, 2013, it was reported that Warner Bros. Television and J. J. Abrams were in negotiations for the rights to the novel as a TV show or miniseries. After reading the novel, Franco contacted King about the rights to adapt it to film only to be told that Abrams had already acquired them. Deciding to make an eight-part event series, it was originally released on the 10th of April, 2016. For the rest of this paragraph, all I have to say is that the right people came together to collaborate on such an ambitious project.

A fun fact about the show is the opening credits changed slightly every week, reflecting Jake’s changes to the timeline and/or foreshadowing events in the episode. It is one of James Franco’s best ever acting roles. Every scene he does is done with excellence. For a straightforward overall concept, its script is very well written. With the beginning of the story being a little rushed, as it develops it improves at a perfect pace. Earnest to the very end it delivers so well on-screen. The ending in the last episode gives you a great ending to a constant interesting miniseries. I recommend this mini-series to people who like alternative thrillers that continues to give.

PS – I would watch this mini-series again!