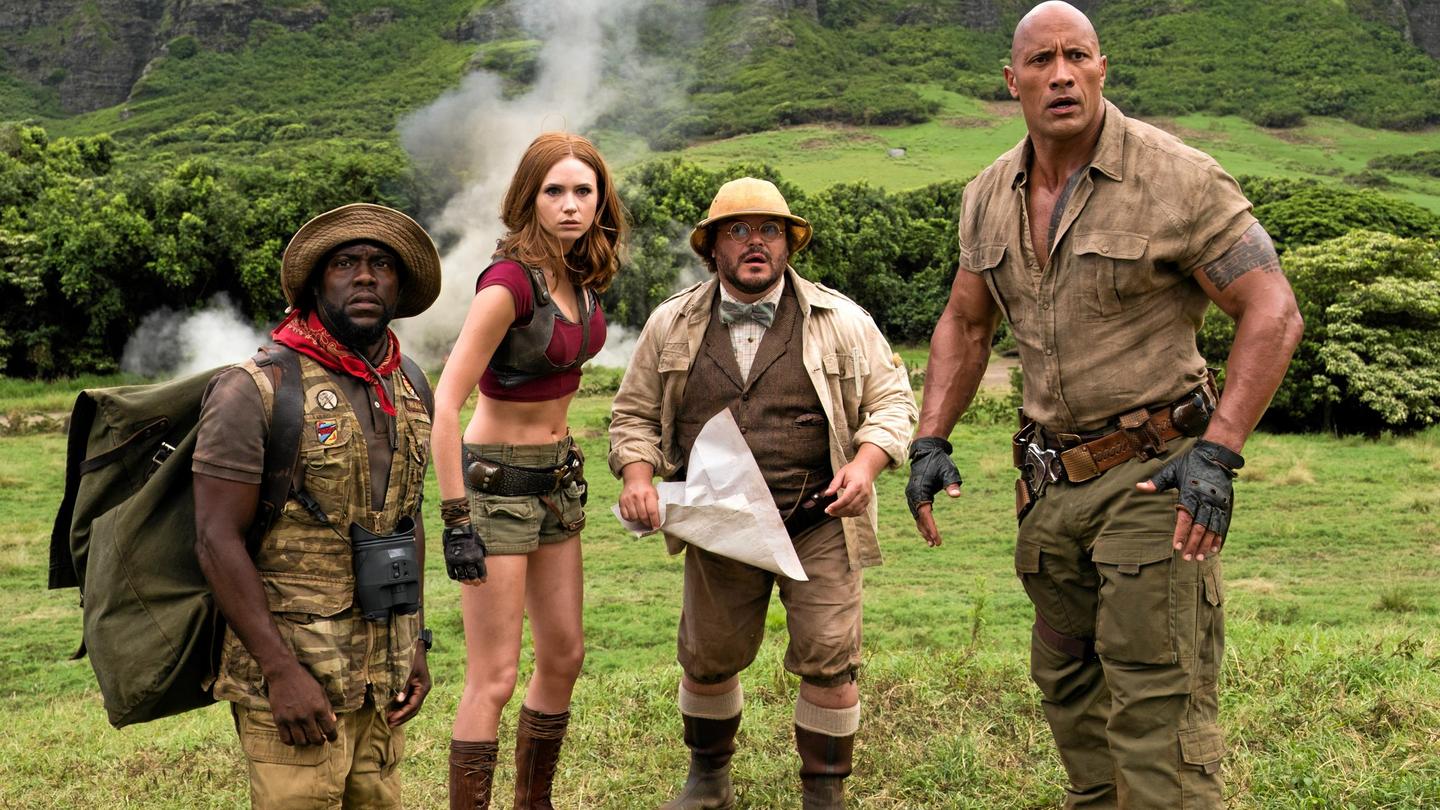 Moose Finbar: Get me the hell out of here!

The original children’s book ‘Jumanji’ by Chris Van Allsburg was published in 1981. The film adaptation starring Robin Williams was released in 1995. In 2017 Jumanji: Welcome to the Jungle the sequel was everywhere. With a budget of $110 million it made around $950 million at the box office. This movie is currently the 42nd highest grossing film of all time. This movie stars Dwayne ‘The Rock’ Johnson, Kevin Hart, Jack Black and Karen Gillan.

Set twenty-one years after the original Jumanji movie, it follows four teenagers who are transported into the video game world of Jumanji and play as their chosen characters. Joining another player, they must overcome the game’s magical power to win and return home. Similar concept as the first movie but different as they get into the new world. On paper the new comedy ideas in the movie look good.

My nostalgia has been ruined by this movie. Liking the original movie as a kid I thought giving this movie a shot would be worth it. It starts of interesting with the board game changing into a video game. Then the main characters of the story are introduced. Uneventfully later the four students with different personalities get sucked into the video game. Then things get ridiculous. Not funny ridiculous, bad ridiculous.

This will be one of the lowest ratings I have done in a while. The characters express their stereotypes as they freak out and it just feels bad. Cringey teen problems and issues acted through adult actors grinds my gears in my viewing experience. Then the references explaining video games. Then the unbelievable conflict in the movie. Then the dialog did not even make me laugh once. The ending was very predictable and unoriginal with bad CGI. I recommend this movie to teenagers and children.

PS – Dull comedy, basic story, Cringey acting, lack of originality and more. I was very tempted in not watching any more of the movie. But I did and here is my review on it ^^

Martha: [sarcasm] Are you gonna help, or are you too pretty?